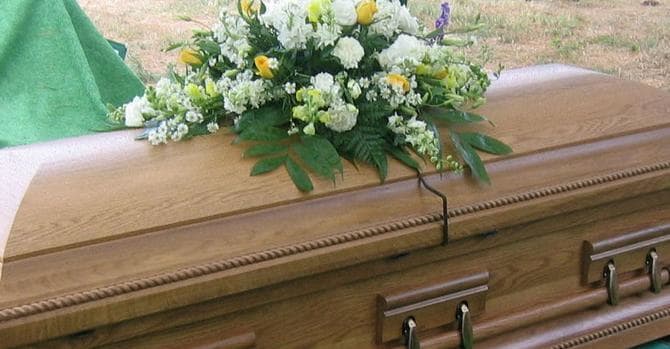 Before a man died, he made it clear to his wife he had just one dying wish – to be buried with all of his money.

The man said he had worked hard for his money and asked his wife that he be buried with it when his time came. He told her, “I want to take all my money to the afterlife.” That’s when his wife came up with a brilliant plan.

Eventually, the man died. At his funeral, right before the undertakers closed the casket, his wife asked them to wait while she put one last thing inside. She picked up a shoebox and set it inside. The undertakers then rolled the casket away.

“I hope you weren’t crazy enough to put all that money in there with that stingy old man,” the widow’s friend said to her.

“Yes, I promised. I’m a good Christian, I can’t lie” she replied. “I promised him that I was to put that money in that casket with him.”

“You mean to tell me you put every cent of his money in the casket with him?” her friend asked.

“I sure did,” the widow said. “I got it all together, put it into my account and I wrote him a check.”

Codedruns: Why is it popular among young people?