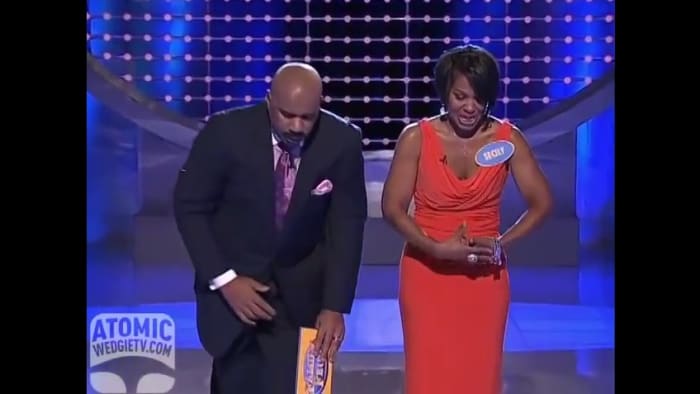 Most people wouldn’t guess that “Family Feud” is one of the funniest shows on television, but the 40-year-old series has produced some hilarious moments — like the time a contestant blurted out an answer that brought Steve Harvey to his knees (video below).

Harvey said to the contestant, “Name a part of your body that’s bigger than it was when you were 16.” A loaded question like that is bound to bring in a colorful answer — and it did. The contestant, Secily, instantly responded with, “Your penis.”

After she said that, Harvey went silent for a few seconds, and then Secily put her hands on her face in embarrassment. Both laughed, and Harvey took a knee.

“I used the medical terminology,” Secily pointed out.

Harvey quipped back: “A medical term is almost worse! A slang term would have least been … your ‘ding-a-ling,’ something!”