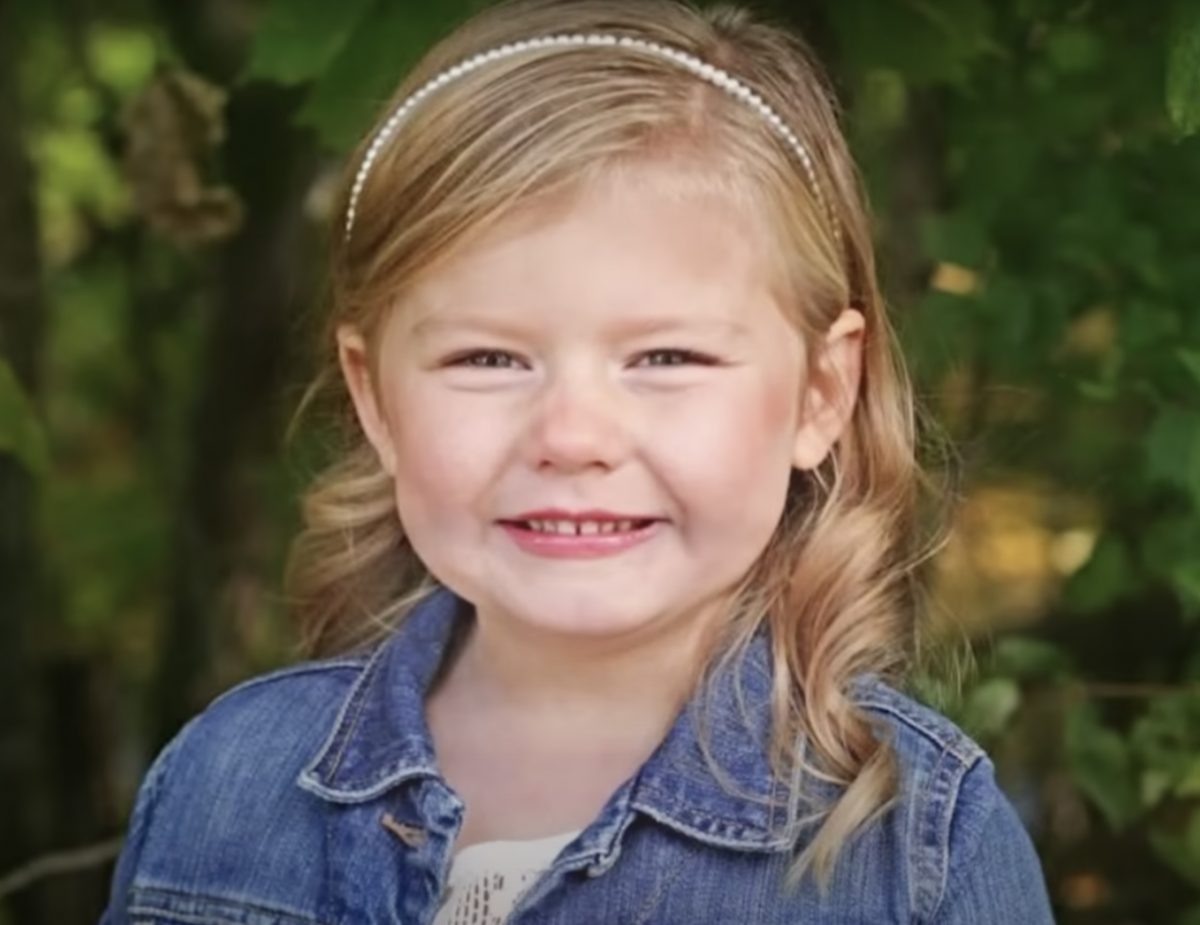 Photo Credit: Did You Know?

Brooklyn’s mom, Traci, said of the days they miss the truck: “I’d drive around the neighborhood to find the garbage truck and wave.”

When Brooklyn’s birthday fell on a Thursday, she wanted to share her birthday cupcake with Delvar, so she stood at the end of the driveway and waited for the truck.

When Delvar got to Brooklyn’s home, he hopped out of the truck and the two met for the first time. Traci expressed how much the honks and waves meant to them, and Delvar revealed that he tries to get out of his meeting in a hurry so he can see them. 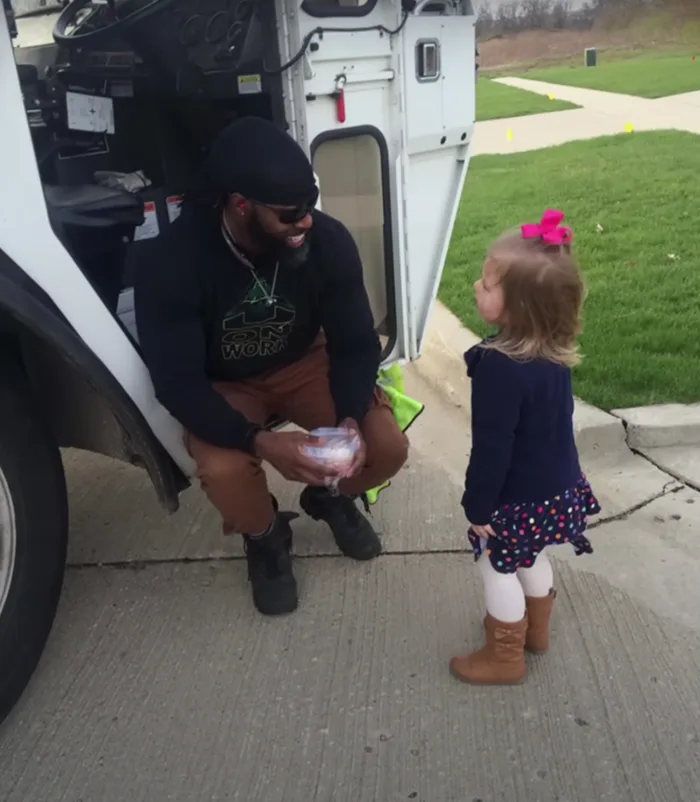 Traci recalled Brooklyn being so quiet in the car that morning: “I asked her if she was OK, and she said ‘Mommy, I’m so happy.’”

“Every day is a great day but today is somebody’s favorite day of the week!” Delvar wrote on Facebook. “Well… It’s mine too, Lol.” 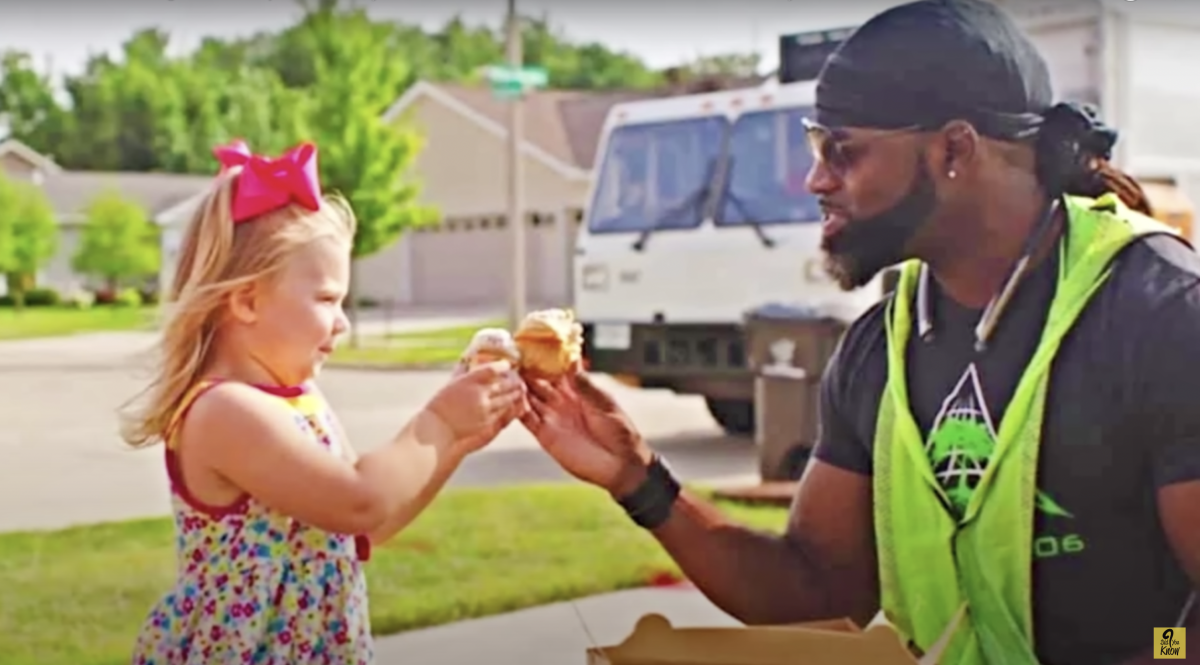 Photo Credit: Did You Know?

Traci said: “He walked her around to the other side of the truck and pulled out the most amazing, awesome and generous birthday gifts for her. He said he did a little research and knew she liked the movie Frozen, so his wife made this incredible basket full of everything Frozen.”

“My job is not complete just because I can finish a route. It’s when I can influence someone to the point where they choose to smile,” Delvar posted on Facebook.

The bond between Delvar and Brooklyn has grown since then, with Delvar sending videos of his garbage collection process, with the title, “Kinda stinky but always smiley.” 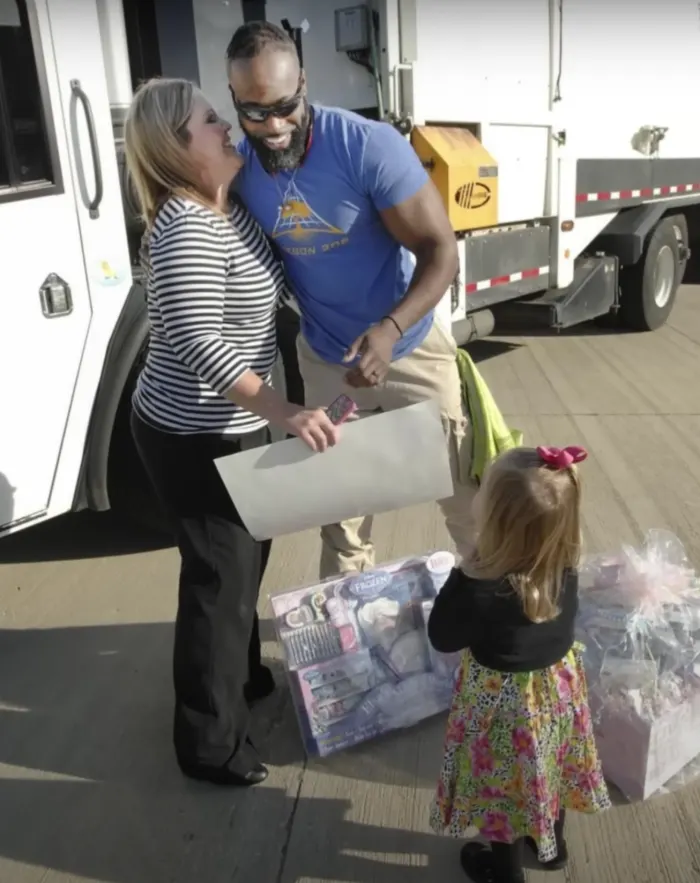 When Traci’s birthday also fell on a Thursday a month later, Delvar pulled up with a dozen pink and purple cupcakes for the family.