Big Brother Naija reality TV star, Chomzy had sent out an open message to her fans hating on her every day.

According to the statement made by Chomzy, she is at peace with her haters and she wishes them. She also said she prays for the people that hate her on behalf of their favorite reality TV stars.

She concluded by wishing them a good sleep without a heavy heart. Coming across Chomzy’s tweet, Phyna took to the comment section and wrote; “😂😂😂😂😂😂 Gof abeg ooo”

Phyna added that she has the haters on her too and she has already adapted to their ways.

Uche Maduagwu, a controversial actress, has spoken out about the billionaire’s daughter and disc jockey, Otedola Florence, often known as DJ Cuppy, following her official engagement to her British lover, Ryan Taylor.

Uche Maduagwu encouraged DJ Cuppy to go to church for special deliverance after she stated that she met her fiancé 25 days ago and that they are already engaged. Read more here: 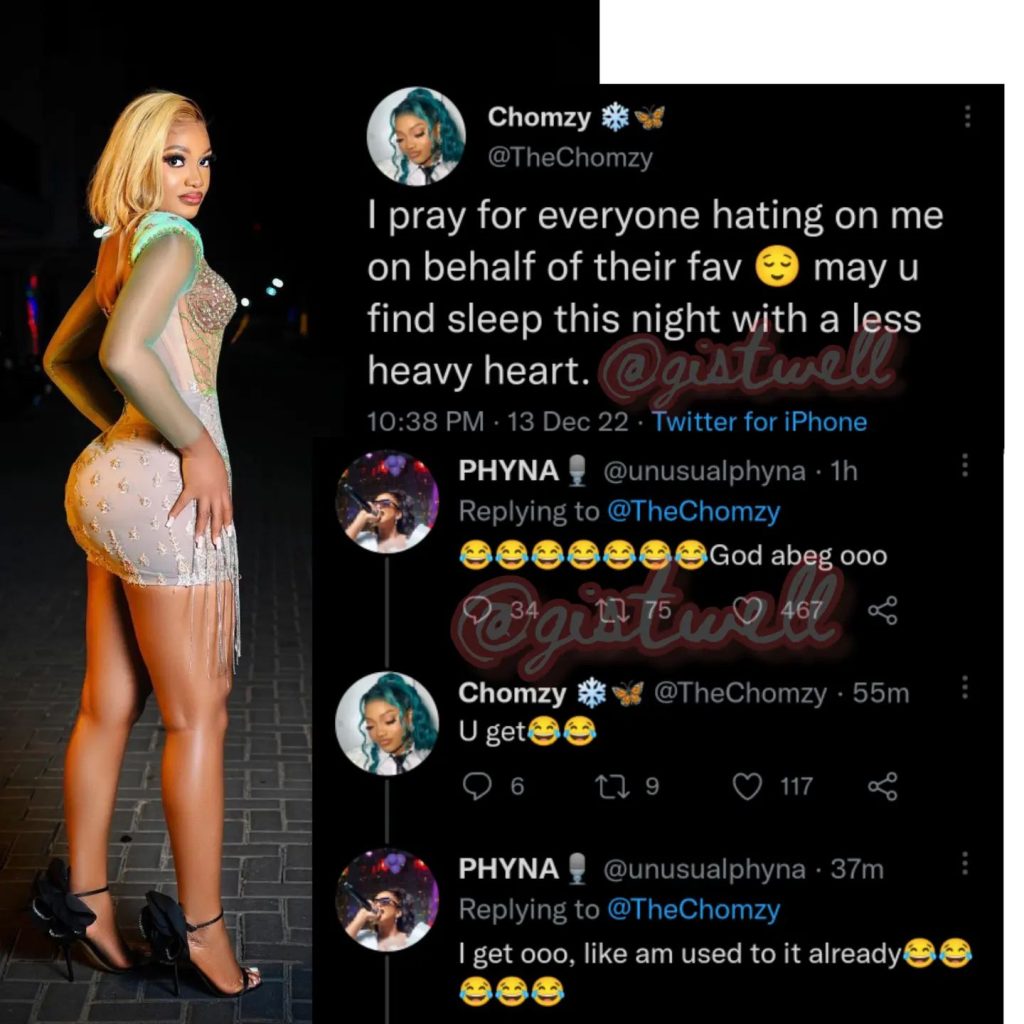 You don't know what you have: US-based man insists Nigerian banks are the most advanced in the world