Graham Potter has revealed the tactical reasoning behind switching the positions of his center-backs during their recent match against Manchester City.

According to Potter, the switch was made with the intention of providing Silva with some protection against Manchester City’s attack. “We thought Azpi [Cesar Azpilicueta] would play a little bit more deeper than Marc Cucurella, so we didn’t want to expose Thiago [Silva] in terms of down the side. Kouli can play a little bit more on his left side than Thiago, and then we had Denis [Zakaria] in front of Thiago,” said Potter in a post-match press conference. 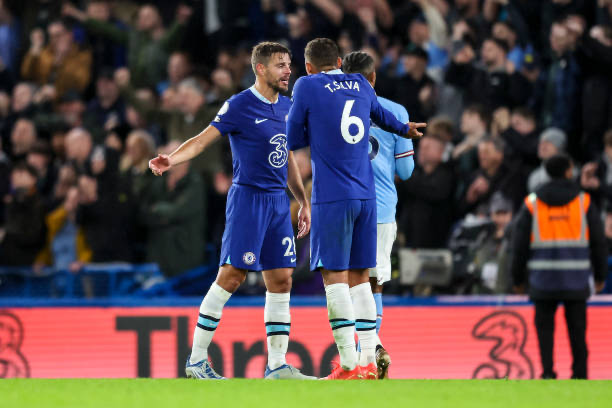 The decision to switch the positions of Koulibaly and Silva made sense given Silva’s lack of pace and the threat posed by Manchester City right-back Joao Cancelo. It also allowed Cucurella, who is known for his attacking prowess, to play in his natural role and provided additional protection for Silva with Azpilicueta dropping deeper in defense.

The tactical switch serves as a reminder that, while Thiago Silva is an important player for Chelsea, there may be situations where he needs to be replaced, making it important for the team to have capable backups such as Wesley Fofana and new signing Benoit Badiashile.