Thomas Crook, 25, was involved in a crash between a blue Ford Transit and a silver Mercedes Sprinter on the A5 on April 7, which saw both drivers taken to hospital.

However, the injuries suffered by Thomas in the incident pale in comparison to the lifelong physical and psychological damage caused by meningitis.

The crash happened near Gailey Island, where the A5 meets the A449 at Stafford Road, and required an air ambulance to attend. Thomas was sedated to the scene before being taken to hospital, while the driver of the other van was treated for non-life-threatening injuries.

Thomas, from Birmingham, had been sent home from work feeling unwell but blacked out on that journey, rolling his vehicle and ending up in ICU at Royal Stoke University Hospital.

Prior to the accident he had shown no signs that he deemed to be serious, just a slight headache, and the family now want to raise awareness that it is not just children who can be affected by the condition.

Thomas had just landed his dream job as a truck driver and bought his first home with his fiancée Anna.

But unknown to Thomas, he was suffering from Group B Streptococcal Meningitis, which caused him to black out on the road that day. 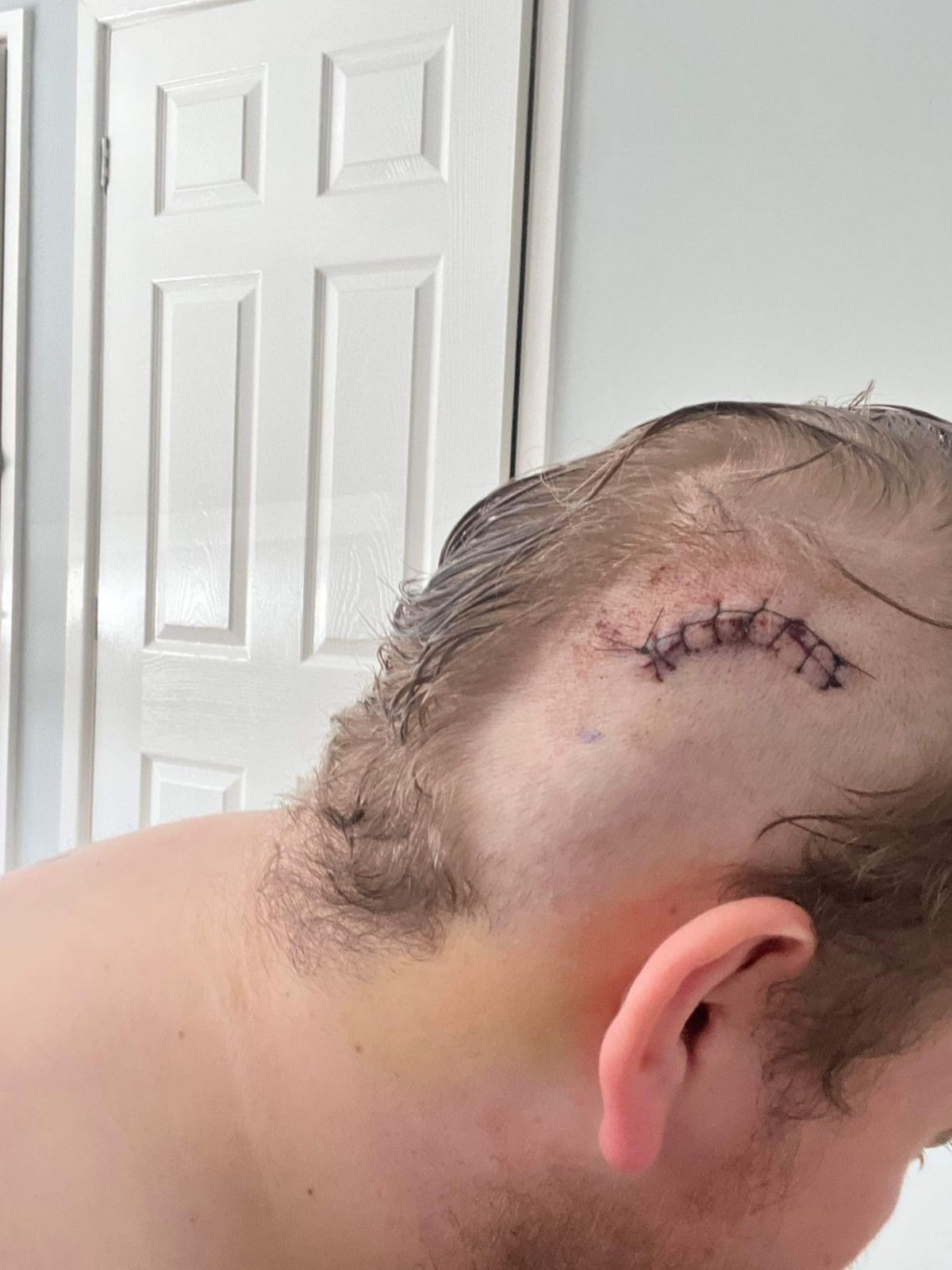 Vikki Crook, Thomas’ sister, said: “Thomas was sedated at the roadside and transferred to resus at hospital.

“He had a head injury from the accident and they did a lumbar puncture as they queried meningitis due to his symptoms.

“Initial diagnosis was a bleed on the brain and Group B Streptococcal Meningitis. He was kept sedated for a week.

“They tried bringing him out of sedation, which took a few attempts.

“The first time he lasted about six hours but then needed to be sedated again as he was struggling.

“Whilst in critical care, they also identified an issue with his heart and his hearing.

“Over the course of four days, Thomas completely lost his hearing in the right ear and 60 per cent in his left ear.

“After three weeks at Stoke Thomas was transferred to the Queen Elizabeth Hospital in Birmingham for neuro rehab, an audiology review and a cardiac review.”

Whilst at the hospital, Thomas was diagnosed with hydrocephalus (fluid on the brain) and had a lumbar drain put in for five weeks.

Doctors eventually performed surgery on his brain and fitted a ventriculoperitoneal (VP) shunt to protect his eyesight and release the fluid in his head. He will have this for the rest of his life.

Vikki added: “He is now back home and starting his recovery and is having to walk with a stick while mainly relying on a wheelchair and scooter to get around.

“He is having rehabilitation with physiotherapy, counselling and neuro rehab. He has a long recovery period ahead of him.

“Why are we asking for help? Well apart from not being able to get the financial support he needs for three months Thomas himself would never set a page up like this – he’s too proud.

“Hence why, as a family, we have decided to do it for him. He has always worked, paid his dues, had just landed his dream job as a truck driver and bought his first home with his fiancée Anna.

“He would go above and beyond to help others if needed but has never been one to ask for help himself. We want to try and help him with the care and financial support he needs right now.”