The furry friends are gaining access to the graveyard outside Providence Baptist Church in Woodsetton through a public right of way.

Concerned residents and councillors have petitioned the council to close the alleyway for “months” but nothing has been done.

The issue has even distressed paramedics by seeing ‘so many human remains’ in the area while police have treated at least one discovery as a crime scene.

Ann Mathers, who is 88 and lives at the back of the cemetery, called her daughter “in hysterics” after finding a human skull in her garden.

Ms Lorraine Lloyd, the daughter of Mrs Mathers, says she was absolutely horrified when she took a closer look.

Mrs Lloyd said: “She rang me in hysterics because there was a human skull in her garden. The police cordoned off my mom’s garden and treated it as a crime scene.

“We didn’t realise how much worse the situation was going to get, we just thought it was a one-off. Since then, she’s been having femurs, skulls the bottom part of a chin, jawbones, you name it coming into the garden.

“What you see is people’s families, people’s loved ones, it’s horrific and to this day Dudley Council still hasn’t done anything about it. That gulley is a right of way and should be looked after by Dudley Council but it’s out of sight out of mind for them.

“Dudley Council hasn’t looked after that gulley in years, years it hasn’t been maintained. I’m 60, my mom’s 88, none of us are spring chickens any more and I did try to go out and bring them down with a brush but I hurt my foot so I won’t do it any more.

“There are holes everywhere in my mum’s garden and it’s really upset her because that’s all she’s got, her garden. Imagine you’re a mom and you’re walking your child home through that gulley and she or he comes across a pelvis or a thigh bone it must be terrifying.”

Councillor Shaz Saleem, cabinet member for highways and public realm, said: “The council has had discussions with the church about the issue with the badgers. We have been working with them to arrange access to better understand the situation as it involves land under their control and also a public right of way.” 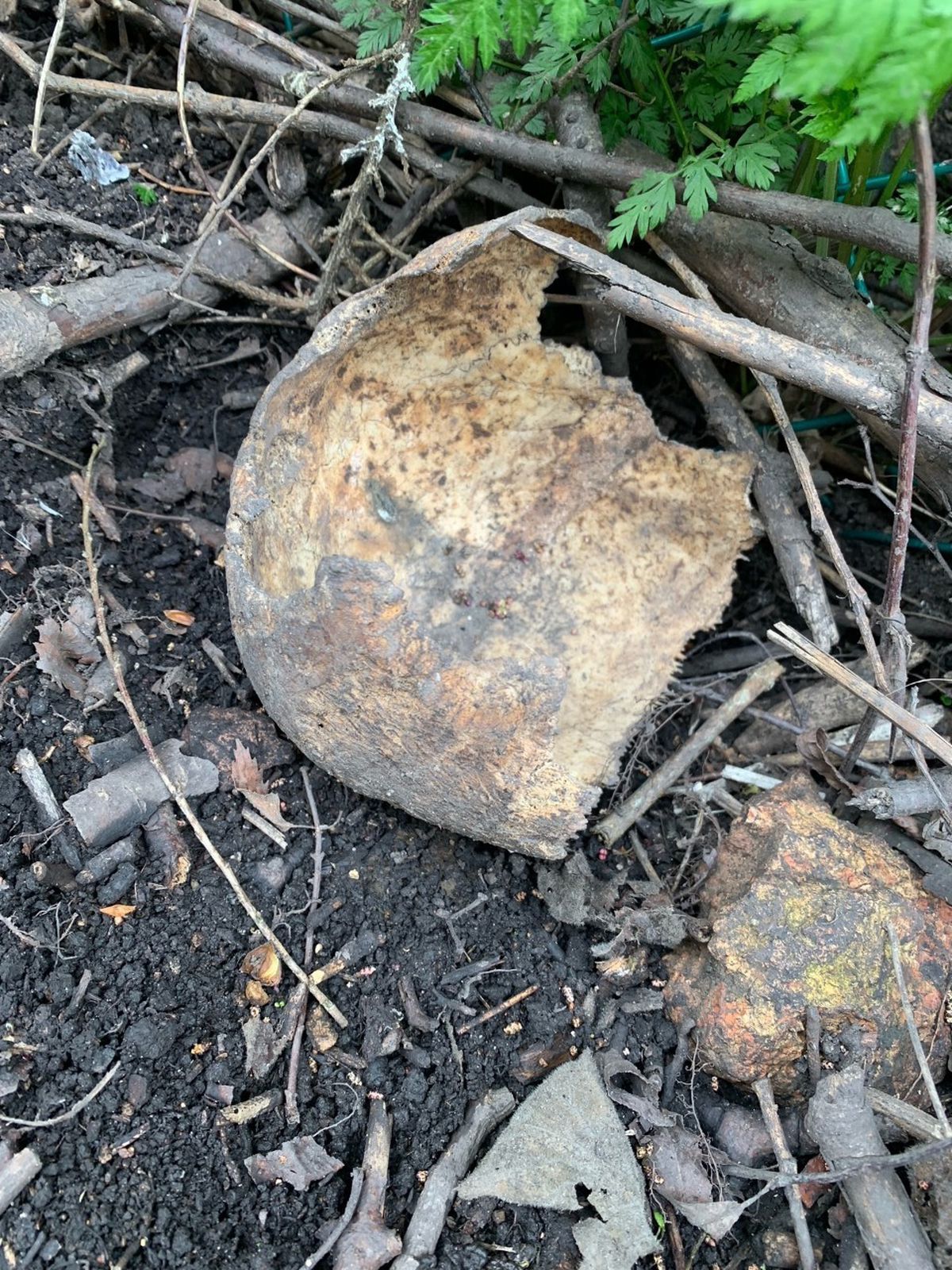 He added that the public right of way was currently closed due to the issue.

Councillor Saleem continued: “As badgers are a protected species, we are in the process of obtaining the services of a qualified ecologist to help us further.”

Councillor Adam Aston and Adrian Hughes, representatives for the area said: “I work as a paramedic so I’m not easily shocked, but the sight of so many human remains within the public right of way and in people’s back gardens stopped me in my tracks.

“I hope urgent work can now be undertaken to strengthen the boundary with the churchyard and prevent any further burrowing into the public area. We completely understand that badgers have a protected status in law, particularly in the breeding season and the council finds itself in a difficult position but we hope this disrespectful situation can be resolved and the right of way re-opened for public use, it is quite distressing for our constituents.”